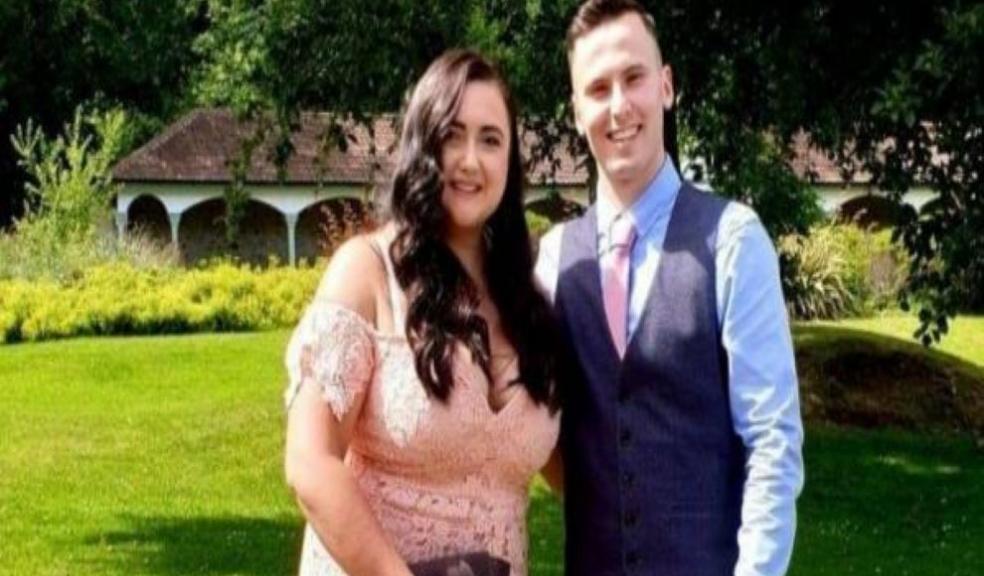 WITH their wedding plans on hold, Jade Logan and Louis Burrows decided to make another long-term commitment and buy a home together.

Diverting some of the money that would have been spent on their big day towards a deposit, the couple purchased a four-bedroom detached home at River View Garden Village in Lydney.

“I couldn’t have managed another lockdown in the two-bedroom flat we were renting,” Jade explained.

“When our wedding was cancelled because of COVID we were able to put some of the money we’d put to one side for the wedding towards a house.

“It was pure will and determination that we managed to raise the deposit. It was now or never.”

Louis is an industrial butcher, while Jade works for Breeden selling concrete. She was aware of the homes being built by Bluebell Homes at River View through her work.

“Initially we looked at older properties but there were no 95% mortgages available and so we realised that the best option for us was a new build with Help to Buy,” Jade recalled.

They viewed two four-bedroom detached homes – a Carcroft and a Bamford, choosing the Bamford because it offered the bonus of a breakfast bar and study.

“We moved our original appointment at River View forward a day and while we were being shown round there were four calls from other people wanting to view. We had a code word if we both liked it, which we did, and paid our reservation fee that day,” Jade added.

The couple set up an Instagram account for their home and moved in just eight weeks after reserving.

“I started our home account because I was so excited, and everything was happening so quick. I wanted to be able to document it and look back at how far it’s come in the time we’ve lived here,” Jade explained.

“I’ve been speaking to a lot of other Bluebell homeowners and potential customers on Instagram. We’ve had a really good experience with them and perhaps because they’re a smaller company the homes seem a better quality than those built by larger developers.”

Not all of the rooms in their home have made it onto their Instagram grid. The smallest bedroom is being used as a dressing room but isn’t yet finished; while the study, where Louis plays his games console, has also become a storeroom for paint as they continue to make their home their own.

“Everyone tends to think that new builds have no character but that isn’t always the case. We’ve added panelling in the dining room and two of the guest bedrooms. It’s such a cheap and effective thing to do. In the living room we’ve added a false chimney media wall with integral fire and TV,” Jade added.

“With a new build home, you have peace of mind of the NHBC warranty and manufacturers guarantee on the appliances, whereas if you bought an older property and the boiler broke within a month you would have to sort it yourself.”

Jade and Louis are enjoying being part of River View Garden Village, a new community being shaped by Edenstone Group companies Bluebell Homes and Edenstone Homes.

The final countdown of properties is underway, with fewer than 15 homes available. Current prices are from £260,000 for a three-bedroom semi-detached home. Shared ownership homes are also available starting at just £100,000 for a 40% share.

For the latest availability and pricing or to arrange a viewing, see https://www.bluebellhomes.co.uk/river-view1.